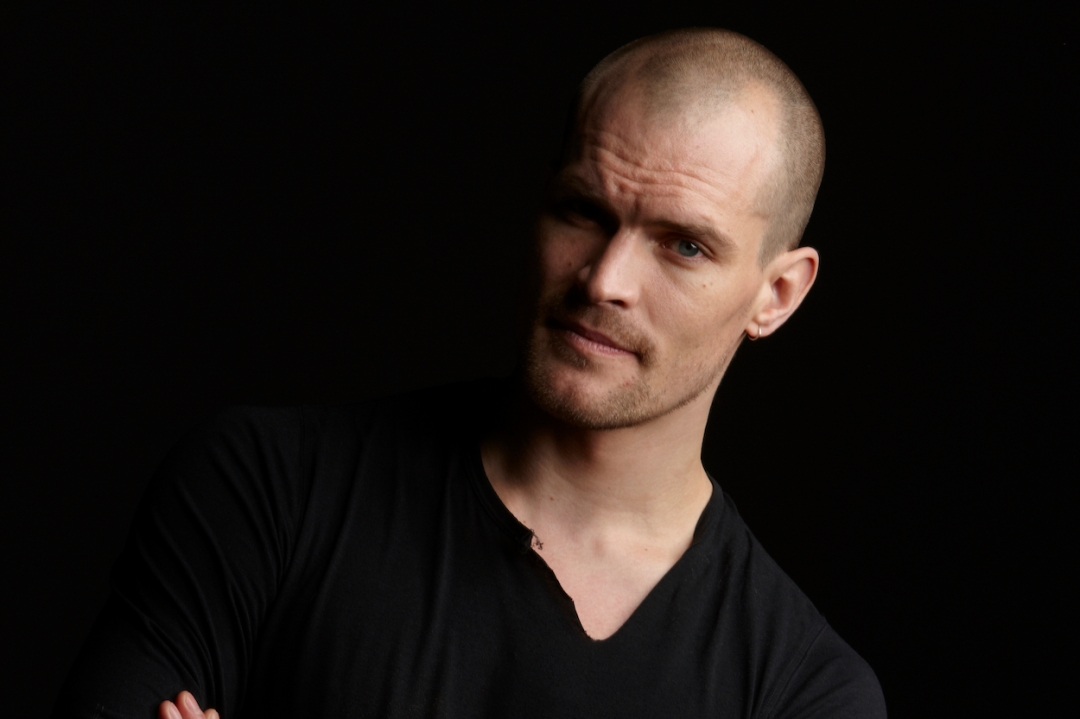 Interview with Jarkko Lehmus: “Perfection wipes away the person”

Now that Dramatic Fields has come to an end, we wanted to give all of you who couldn’t join, an insight into the mind of the workshop leader, Jarkko Lehmus.

Jarkko Lehmus works as the producer responsible for the artistic programme of Cirko – Center for New Circus in Helsinki (Fi), and as a freelance dramaturg, director, and choreographer specialising in non-verbal performative arts. He holds an MA in Dramaturgy & Writing for performance from Goldsmiths, University of London, MA in Arts Policy & Management from Birkbeck, University of London, and BA (Hons) Theatre from Guildford School of Acting. Over the past three decades, Jarkko has worked internationally in the performing arts. His professional experience ranges from physical theatre to neoclassical ballet and conceptual performance art to acting on the stage and in front of the camera. In his work regardless of the professional title, he concentrates on the physical effects of imagination, emotions, and empathy and the collaboration between arts and sciences.

Here are his thoughts on dramaturgy.

“In Dramatic Fields, the facilitators of the project, including myself, do not aim to teach the ‘correct’ contemporary circus dramaturgy. We facilitate the creation or the development of dramaturgical thinking in the participants, and they will produce something new.”

Jarkko, what’s exciting about circus right now for you?

The physicality of it, and the practicality, and the can-do attitude of circus.

If we look at object manipulation where illusionism and juggling are parts of object manipulation, or acrobatics on the ground or in the air or somewhere in between, or physical comedy ie. clowning. I think the perspectives are slightly different but all of the skills are hard enough for the forced practicality to come into it. And by forced I mean, you can’t fake the skill. In order to be able to do circus, you have to be able to do circus.

If you talk about physicality as what’s exciting, why is dramaturgy important, and why is it important for the development of contemporary circus?

“That’s where dramaturgical thinking comes in. The thinking of structures, relationships, and the possible experiences and meanings that these structures and relationships create.”

Occasionally I still bump into the need to show the skill. Because traditional circus is based on monetizing the showing of skill: I do a summersault and it’s amazing, and the people who are sitting on the bleachers paid for their tickets to see something amazing, done by humans. That’s the earning logic of traditional circus. And that is still very much the training mentality of many circus schools.

“In the contemporary art context, it’s not enough to use a topic or an idea of a performance as a backdrop for the showing of skill.”

Where dramaturgical thinking comes in is to help the artists think about how they are using their skill to deal with an idea.

The art is not so much about how many tricks you can do. It’s about what you do with those tricks or what kind of movement language you have and what you are doing with that movement language. The perfect execution is the starting point for something more. It’s not the end.

You mentioned dramaturgical thinking, I’ve heard many different versions of what people view as dramaturgy and how they approach it. Can you tell me what it is for you?

First and foremost, it’s the structure. I like to talk about dramaturgy and composition.

So dramaturgy, as you’ve described it, has multiple different ways of being present and it’s a choice for the people who are creating, what way they decide to bring it into the work.

“I firmly believe that there is always a dramaturgy, regardless of whether it’s been talked about or thought about or not.”

There’s always structure, there are always possible meanings. From a dramaturgical practice perspective, quite often people who are not called a dramaturg are doing dramaturgical work. The lead artist: a director, choreographer, or creator, might be talking about the structure and the feeling of things with a lighting designer or sound designer. And that’s where there is a dramaturgical process going on, but none of the people involved have the title of a dramaturg.

What’s the biggest thing that you’ve learned concerning dramaturgy in your own personal experience and work?

Quite often in my work, as a performer, or choreographer, or producer, or artistic director. I’ve been in situations where it has felt that I need to have the answer already. When I’m doing dramaturgical work with artists, I very often tell them that you don’t need to answer this now. You will find your answers through the work.

“First of all, I listen and I watch. Then I try to formulate questions as clearly as possible. And then I remind the artists – you don’t need to answer them now.”

So with the listening, there’s also space. There is the space to hear, the space to resonate, and the space to find. And that’s a really nice place to be. So I’ve learned to let go as well.

Letting go of expectations and trying to lead it somewhere?

Yeah. As a dramaturg, I’m a support artist. I help the lead artists make decisions. And then I question, I try to help them clarify their own vision. It is their vision rather than my vision.

What knowledge do you think is lacking in the contemporary circus world concerning dramaturgy?

It’s very hard to know whether what you are doing or what you are proposing is new if you don’t know what’s been done before. So historical context is really important in my view. And that’s quite often lacking.

Would you say that contemporary circus is a combination of being of now and being new?

Good question. I think funnily enough quite a lot of things have been done before, but what’s interesting is how any given artist does that particular thing. And here we get to the question of the perfect execution of something.

How do you envision the future for circus? Where do you see it going?

And that’s where I see the bright future of contemporary circus because physicality is such a strong part of circus.

“There is a need, there’s a hunger for relatable skill, that kind of amazing physical skill, that is employed in such a way that it deeply connects with humanity or with the world where it exists.”

So I see the future of contemporary circus as very bright. And currently, we are in a transitional period. It’s still a very young art.

And what’s one thing, if nothing else, that you would like to see people implementing in rehearsals or in their practice. People being circus artists.

One thing I would like to see more of would be to carry on asking why and be brave with your answers. Be critical with your answers to the question. And once you have an answer, ask why about that answer and then wash, rinse, and repeat.

One final thing. Why circus?

This project is supported by: Nordic Culture Point – Norden 0-30